Cartoon by Rachel Hoyt
with background photo by Roberto Nixon

“Dat where duh lucky animals work,” Pokey said as they flew over the Hollywood sign.

“What be work?” Harry asked, continuing to stare at Pokey instead of the direction she was flying the air ship.

“Work like… watch duh air while fly! Is your job right meow. I is navi-gaturing.”

“Navigating. No need make every word like reptile.” Harry was learning to speak hooman at a much faster rate than her turtle sister and never missed an opportunity to correct her. “I no need watch. You points. I steers. Is meowy easy.”

“Dat why we go Orion’s Belt?” Pokey teased as the air ship continued winding through the air like a kite on the loose.

“Dat turtley not how navigating work.”

“Meow navigating be work too?! What not´work?”

They flew in silence until the city began to fade from view. Nestled between the mountains, just before the desert appeared on the horizon, Pokey saw a cattle ranch and answered Harry’s question about what isn’t work: “Play and sleep.”

“But dose duh best!” Harry shouted, confirming she had been waiting for an answer the whole time.

“One hooman more powerful dan all others. Bills make dem.”

“What?!” The air ship swerved violently as Harry screamed in shock.

“Duh chickens too.” Pokey bit down on the strap to help hold herself steady.

“Dan why meowmy no let me hunt duh crows?!”

“Is we gonna be num nums someday?”

“Turtley hope not… but I hears some hoomans think turtles is num nums. Purrobably somewheres duh cats is num nums too… but turtley no need worry. Ma protect us.”

“Where is da hoomans num nums?”

Harry flew with one eye and both ears open, half asleep and deep in thought, until a dragonfly raced through her whiskers so fast she thought it was the breeze that shook her awake. “What duh animals do in Hollyweird?”

“I no like do what hoomans say. Purrfurr do what want.”

Floating over the outskirts of Phoenix with a sea of stucco homes on the horizon, Harry remembered one thing Pokey said before they left.

Pokey ignored the mention of her previous adventure: “Dat way look purrty. Go dat way.” She could see red rocks far in the distance which looked as delicious as a giant strawberry and, though she knew she was sad that they hadn’t packed any fresh fruit, she saw no harm in heading that direction. Knowing her sister couldn’t see red even if they had more daylight, she didn’t explain her choice until much later.

As the heat in the air around them grew stronger, the air ship sunk lower, eventually landing near the Grand Canyon. Ignoring her sister’s warning that the ground was too hot, Harry raced off after a roadrunner then leapt into the shade behind a boulder when her paws began to burn.

Pokey scurried as fast as she could towards the rock Harry had jumped from, worried she had fallen into the big hole. It took all the energy she had to make the climb and hours later, just as she reached the top, a squirrel appeared in her path. “She fine.” Before Pokey could say a word, Harry appeared.

Pokey turned and tumbled her way back down, too exhausted to carry her shell the whole way back to the ship. After a quick break in the shady corner of the boat and a few bites of the dry kibbles they brought from home, Pokey climbed back up to her perch and they resumed their journey to find the purrfect place to live.

This Turtley Pawsome story was inspired by the working animals of the world and charities like Veterinarians Without Borders which support them. 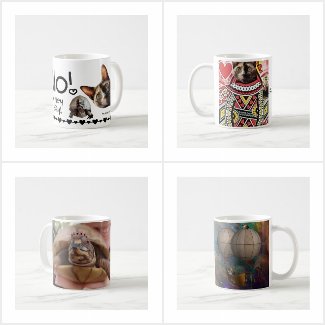