Both Pokey and Harry knew they had flown past Buffalo when they reached Niagara Falls, but neither was quite sure what to do next. They circled around the waterfall and back over the rainbow a few times while pondering their plan. They agreed the town must be shaped like the animal, but had different ideas about how to spot the Buffalo.

“Duh higher we gets duh more we sees,”Pokey explained.

“You knows I loves fly out uh dis world, butts…” Harry paused as her gaze fell to a brood of ducklings following their mom into the river. “What iffs need be on duh water to see duh Buffalo?”

“I not think I want mess with dat beak,” Harry replied, unaware they could hear her.

“It’s not a beak, it’s a bill!” The baby ducklings shouted at the air ship in unison.

“You knows Bills?!” Pokey and Harry landed the air ship immediately, with a bit of a splash. “Sorry,” they yelled.

“We have bills,” the mother duck replied sternly.

“Where you has him? We really need talk to Bills,” Harry explained.

“You are talking to bills,” said the duckling at the end of the line. “I have a bill…”

“I have a bill…” Each duckling repeated the phrase and touched its wing to its nose.

When it came mama ducks turn, she swam over to eye Harry close up. “We all have bills.”

“We all have bills?!” Harry was confused.

“Actually, your sister has a beak,” mama duck replied.

“What is you talking about?! We looking for Buffalo. You know… duh Bills?”

“Ohhhhh. Duh Bills. Yeah… we know Buffalo. We could swim you there.” Mama duck turned, shook her tail feathers, and they were off. With the current working in their favor, they arrived at their destination swiftly. Mama duck led her babies ashore and directed her friends to fly a bit further inland to the building that surrounds a big patch of grass.

“Dis turtley not look like buffalo,” Pokey said as they landed.

“You seen Buffalo before?” Harry asked.

“I saw them once in a movie…” Pokey began.

“And you is turtley sure how?!” Pokey didn’t believe her.

“The cat is correct.” A mouse had crawled up the side of the boat to find out who was invading his territory. “This town doesn’t have Buffalo in it nor is it shaped like a Buffalo… but that is a common misconception.”

“Miscuhhh… what?!” Neither Pokey or Harry had ever heard an animal use such big words.

“Nevermind that now. Welcome to Buffalo! What brings you here?”

“Bills plays for a living?!” Harry was shocked.

“Uhm… yes?” The mouse wasn’t sure why they didn’t know that.

“Dat turtley unfair.” Pokey looked extremely upset. “Why Bills get to play for a living and ma need find job?”

“Sometimes play is work and work is play,” the mouse replied. “Lots of people get paid to play.”

“How we help meowmy get paid to play? She meowy good at play!” Harry was eager to learn more.

“If dat true, why ma not get paid to play now?” Pokey was skeptical.

“Some towns have more play jobs than others. Where are you from?”

“Ohhhhh. I see. That’s the problem,” the mouse paused as the girls leaned in close. “People there mostly serve the V.I.P.s… You should move to Las Vegas! The weather is a bit warmer but it’s not that far away… and there are lots of people who get paid to play there.”

“Dis is turtley brilliant plan! How you knows so much about all dees places?” Pokey began climbing back up to her perch so they could return home to tell mom their idea.

“I go where I want,” the mouse said, hopping down and scurrying off.

Support Pokey and Harry! Help keep this journey going by purchasing Turtley Pawsome merch. Follow us here, on Facebook, and on Instagram to make sure you don’t miss the next story. 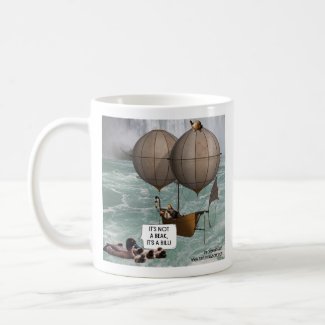