“All duh coolest cats there,” Figaro shouted as his friends headed out. “Duh building look like giant pile of cat toys by lake. Purrfect place to park! Meowy lucky you fly boat.” His friends waved, but we’re too consumed by their music debate to respond.

Pokey had been a fan of classic rock as long as she could remember. It was the thing that most helped her adjust to indoor living after her walkabout. She knew their mom had sung far more classic rock songs over the years but Harry refused to allow evidence from before she was born. “You is turtley too young to know duh best music,” Pokey muttered.

“What dat?” Harry yelled. “I not too young fur nothing! Younger is better!”

“You just says dat cuz you old… but I went karaoke with meowmy and she a sucker for da pop. We bop to da pop. What more need know?” Harry began to bounce the ship around the air. “See? Dis beat meowy fun. Dis beat pop, not rock.”

Pokey was too busy holding on for dear life to protest. She screeched as loud as she could without loosening her bite on the rope, but Harry continued singing and “dancing” with the air ship to prove her point… until a Peregrine Falcon crashed into the edge of the ship during a dive, knocking itself unconscious. When it began to awake, Pokey asked, “Is you okay?!”

“We know you bird,” Pokey replied. “You okays?”

“B-b-b-bird is the word,” the Peregrine sang back.

“I thinks he broken,” Harry said, sharpening her claws. “I fix?”

“Stop dat! Dat fix nothing,” Pokey yelled. “Sides. I turtley sure he kick your butt. Is better be furriends.”

“Bird. Bird. Bird is the word,” the Peregrine sang.

“Why you say purrhaps?” the falcon asked.

“Shello,” Pokey said, a bit shocked the bird was suddenly speaking rather than singing. “Dan you is broken? Turtley sorry our ship get in your way.”

“Nah. I’m fine,” the Peregrine said, giving his tail feathers a little shake. “I always introduce myself like that. Why are you speaking cat? Cats say purrhaps. The turtles I know say per-snaps.”

“Purrhaps sister rub off on me more dan I thinks… or persnaps you knows duh snapping turtles.”

“Bird. That’s how you say it,” the falcon said.

“We both knows how to say bird…” Harry rolled her eyes.

“I meant persnaps…” the bird clarified.

“Purrhaps what?” Harry taunted, but the Peregrine ignored her and flew up to perch near Pokey and talk privately.

She watched and listened intently as the bird explained that only animals that purr and have furr say things like purrhaps and purrfect… “and they don’t have furriends. They have buddies.”

“Why you keep using dat word?” Harry’s desire to hunt grew every time the Peregrine said it.

“Bird is the word. The humans have a song about it you know. Everybody’s heard.”

“Turtley. We heard. Dat why she asking why you keeps using dat word!” Pokey was getting irritated too.

The logic made perfect sense to Harry once she pondered it. “Okay. I gets but… is meowy distracting. Make me want to hunt duh birdies. Not you!!! Duh crows back home… and duh tiny tweet tweets. Day duh one’s I want hunt.” Harry shrunk in embarrassment.

“Want to race?” the Peregrine asked.

“You speak owl too?”

“She speak turtle,” Harry growled. “How fast you fly?”

“Ready? Set? Meow!” The Peregrine dashed off like a rocket. Harry stretched and looked up at her sister. “I turtley tired of dat dude.”

“Bird,” Pokey mocked, sending them both into a fit of giggles that whisked the air ship to its destination.

Did you know the Peregrine Falcon is one of the fastest creatures on the planet? It reaches speeds over 200 miles per hour when diving for prey. This amazing bird is a “threatened species” that needs our help to avoid extinction. Click here to visit The Peregrine Fund website and learn more about how you can support them. 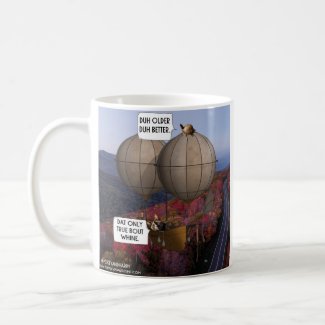 One thought on “Duh Birdy”